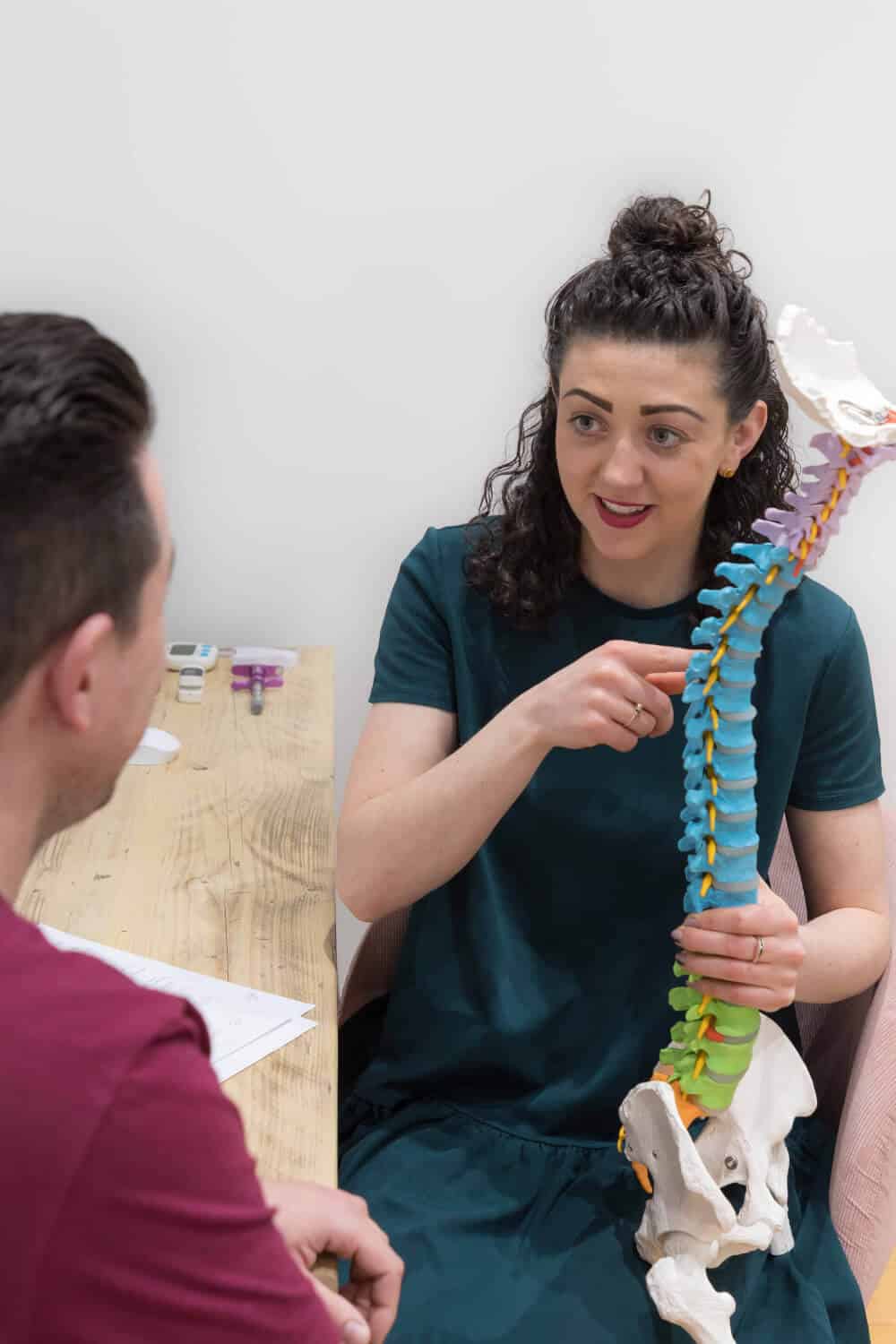 “The knowledge that our body is designed to heal plays a huge part in my life. To me this is what Chiropractic is about – allowing the brain and spinal cord to communicate with the body to the best of its abilities.”

Dara has an absolute passion for Chiropractic, which is focused on the care of people around the Southside of Glasgow. Dara has known since she was 12 years of age that Chiropractic was her passion and would become her life’s work.

After experiencing back pain at the age of nine, Dara sought chiropractic care herself, and from then has enjoyed its incredibly positive impact on her life. Dara grew up in Ireland and graduated with a Masters degree from the Welsh Institute of Chiropractic.

Dara worked in England for many years before falling in love with Scotland, which has led to the Southside of Glasgow becoming her home.

From here she has created Southside Chiropractic. Over the years she has worked in multiple Chiropractic clinics around Ireland and the UK, and spent time studying with and learning from the best Chiropractors all over the world, including attending seminars in America and Europe.

Animals have also been a huge part of Dara’s life and in 2015 she went to Germany to study Animal Chiropractic, which now sees her treat horses, dogs and cats. Dogs are welcome within the practice to receive chiropractic care.

Southside Chiropractic helps you, your family and your animals heal better, feel better and live better.

We use cookies to ensure the best user experience. You can learn more or switch them off here

This website uses cookies so that we can provide you with the best user experience possible. Cookie information is stored in your browser and performs functions such as recognising you when you return to our website and helping our team to understand which sections of the website you find most interesting and useful.

Strictly Necessary Cookie should be enabled at all times so that we can save your preferences for cookie settings.

If you disable this cookie, we will not be able to save your preferences. This means that every time you visit this website you will need to enable or disable cookies again.

This website uses Google Analytics to collect anonymous information such as the number of visitors to the site, and the most popular pages.

We collect the following information for advertising through retargetting on Facebook

Http Headers – Anything present in HTTP headers. HTTP Headers are a standard web protocol sent between any browser request and any server on the internet. HTTP Headers include IP addresses, information about the web browser, page location, document, referrer and person using the website.
Pixel-specific Data – Includes Pixel ID and the Facebook Cookie.
Button Click Data – Includes any buttons clicked by site visitors, the labels of those buttons and any pages visited as a result of the button clicks.
Form Field Names – Includes website field names like ‘email’, ‘address’, ‘quantity’ for when you purchase a product or service. We capture email only as part of advanced retargeting for matching to Facebook profiles

We use this for further improving our online services by getting further information on user behaviour on website, where users are clicking the most and which areas are getting the most engagement. Clarity is GDPR compliant and no PII is collected.

Please enable Strictly Necessary Cookies first so that we can save your preferences!